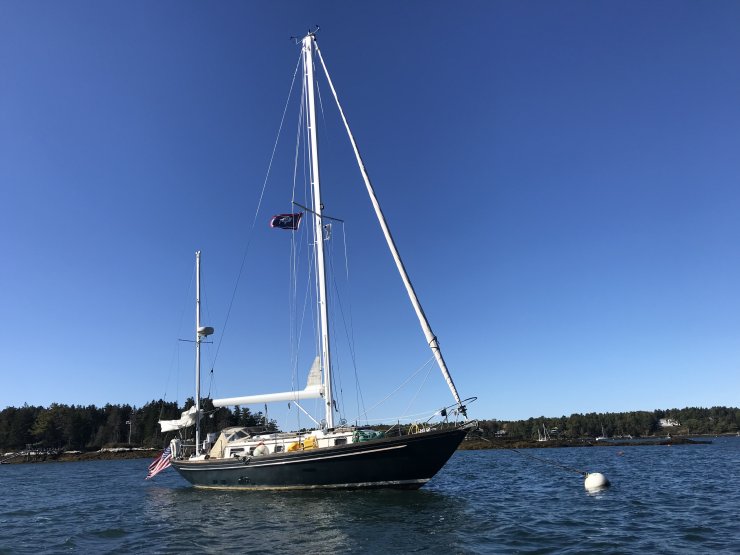 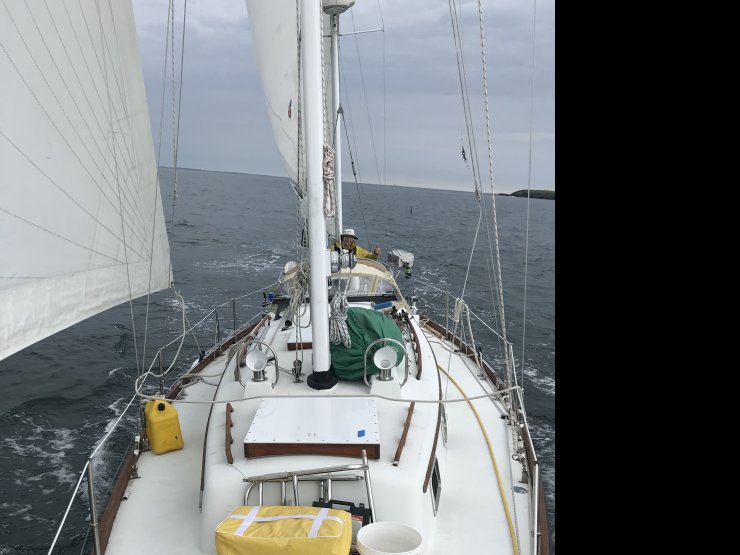 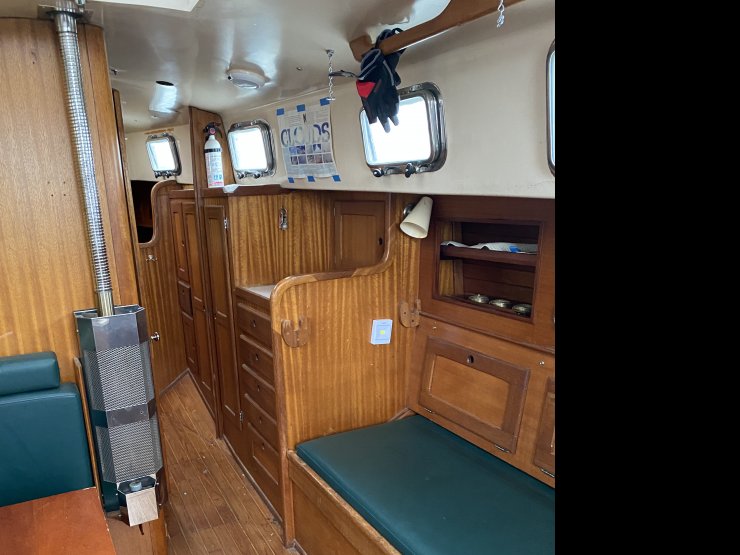 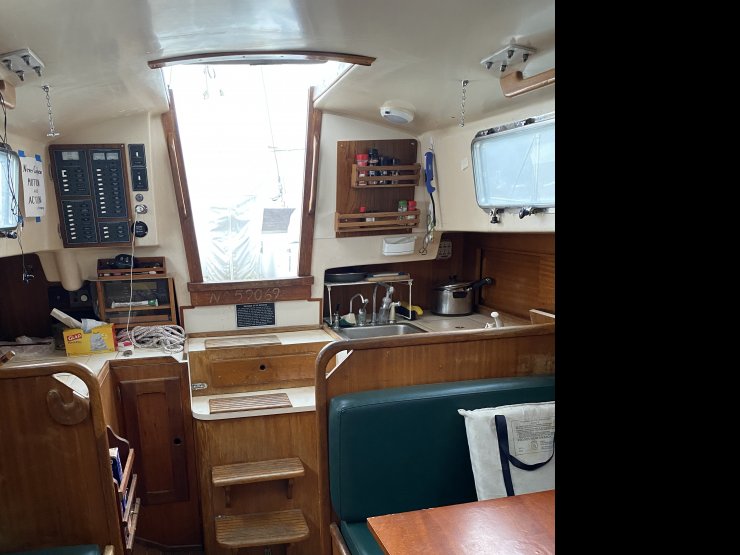 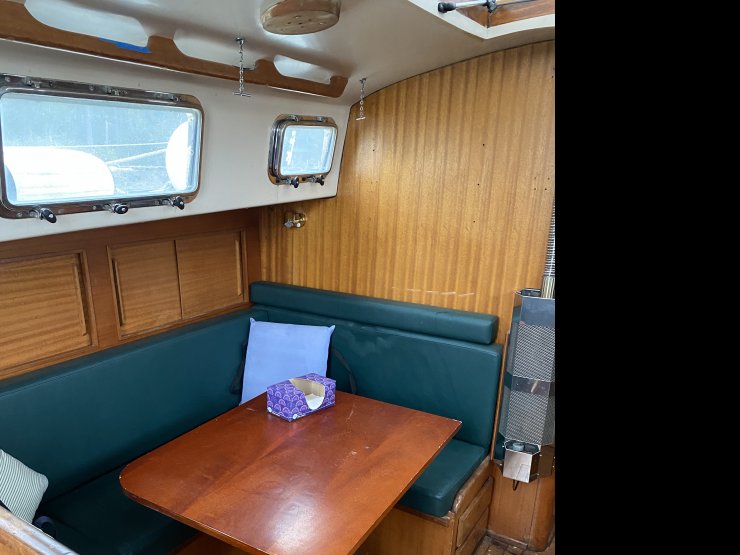 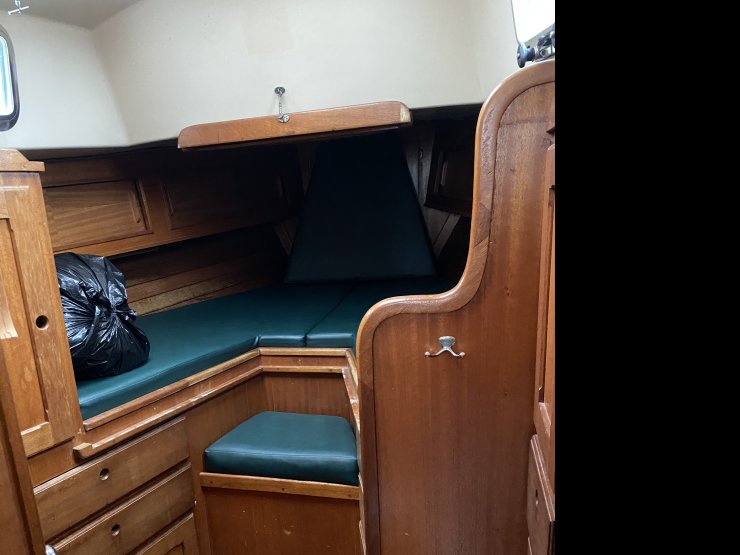 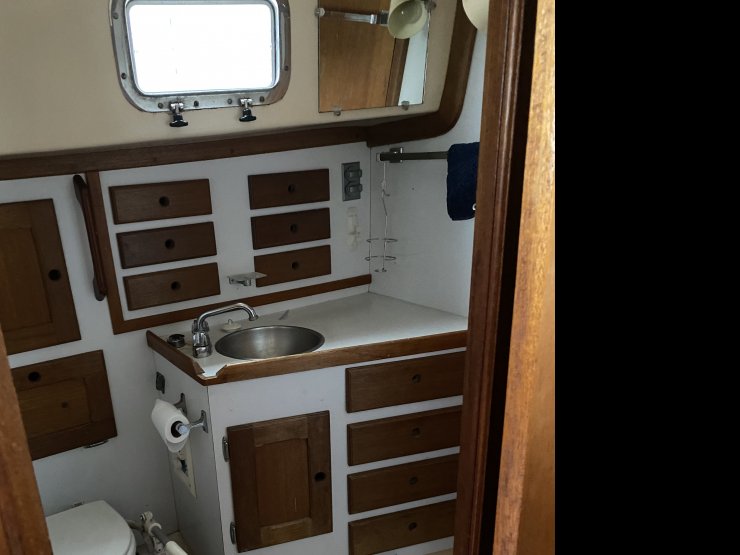 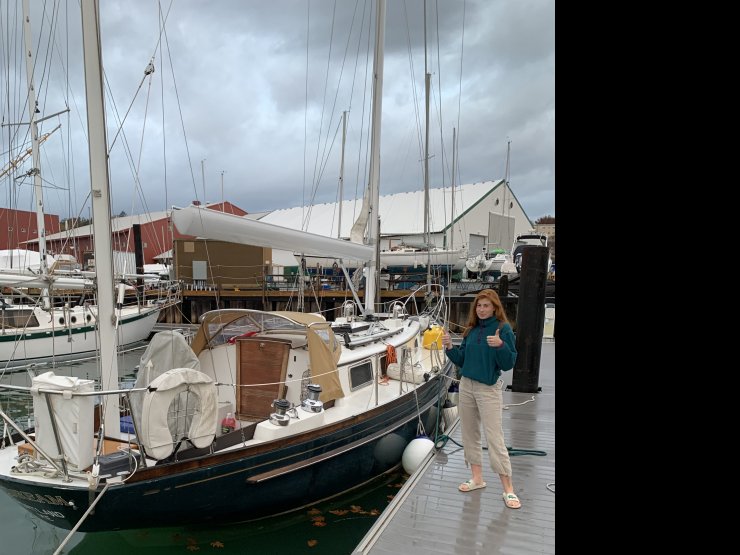 The owner bought this boat in 2017

General condition and any additional information

I purchased this vessel in November 1017 in Virginia and sailed her solo up to Maine that month. She certainly keeps up the Bristol reputation for being a well built and beautiful vessel.
I lived aboard her year round in Portland for two years before moving out west. She was a wonderful live aboard and I cruised her extensively in the summers. She is a very dry boat, with teak spray rails along the hull. Early and late season overnights were made much more comfortable with the Dickinson heater, as was the winter! I had intended to come back East last spring to pretty her up and sell, but we all had our plans changed by 2020 world events!

She is not without her issues. The autohelm works, but the computer somehow communicates it is always headed at 83 degrees, not so hot for self steering. The hull is green Awlgrip over an original white gel coat, so the winter storms pushing against fenders rubbed through in a few spots, and my awlgrip painting looks like it was done hanging off the edge of a dock, which it was. The teak wants some cleaning, as I’m sure does the cabin. The SSB radio antenna was cracked when I bought her, and I never had reason to use it, so never replaced it, though I could hear voices if I played around with it.

The 130 Genoa is balanced nicely by the 19’ mizzen for short solo sails and I’ve had her at 7.5 knots with that rig. Not that hauling the mainsail is hard to do with the main furling rig which runs straight into the cockpit, but that’s a lot of extra power that I often don’t feel the need for when I’m solo.

The 4’6” draft with the center board up is nice for getting into secluded anchorages, and fine for most day sailing, but with the board down she does point better and lose considerably less downwind.

Thought I would have this boat forever, but Wyoming is not much of a place for blue water requirements. Hoping to find someone who can enjoy her like I have.

Improvements to the hull, deck, rigging, engine, or interior