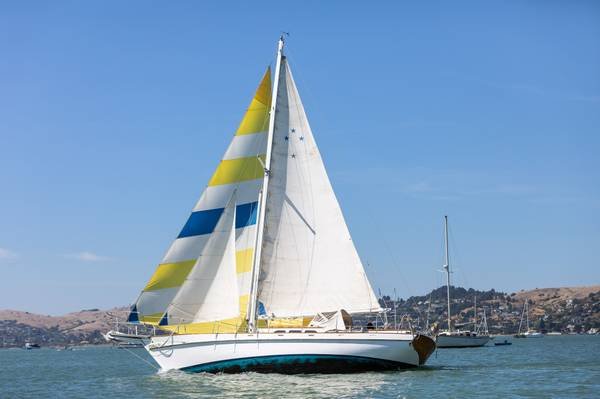 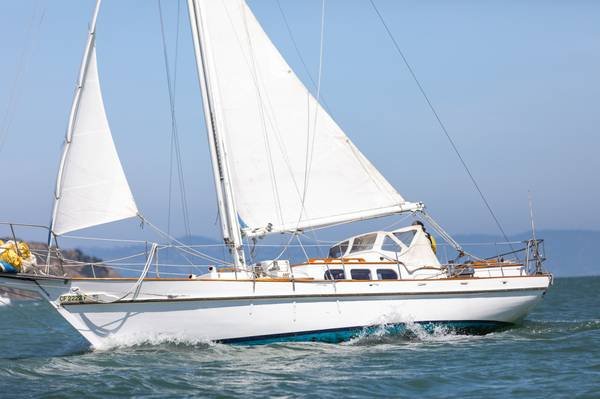 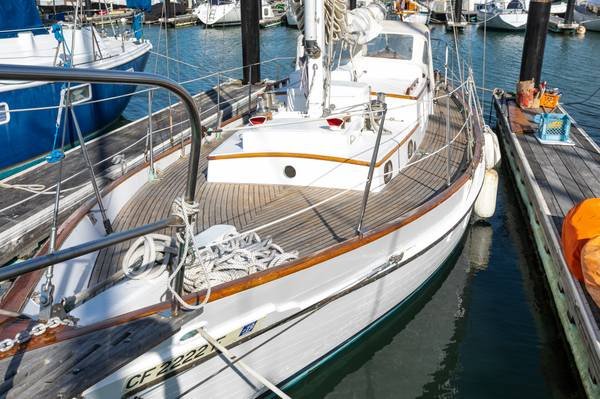 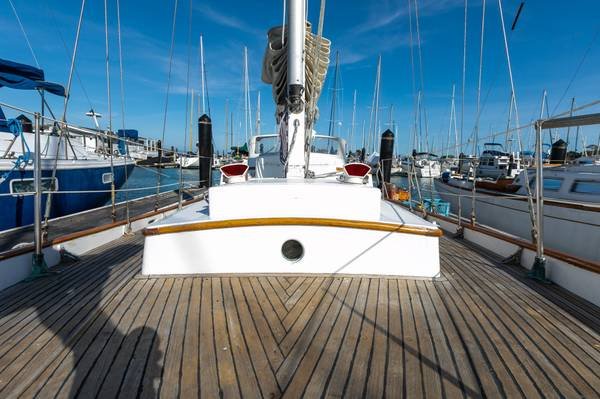 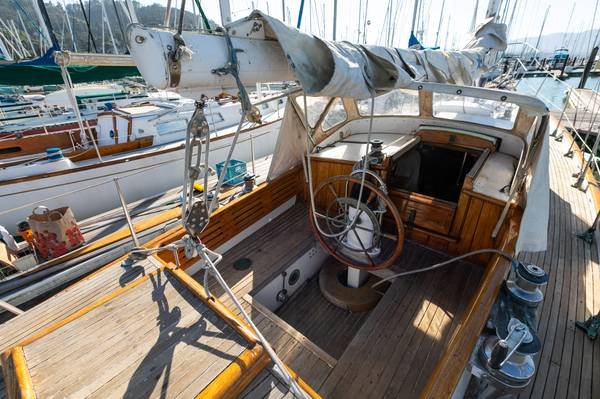 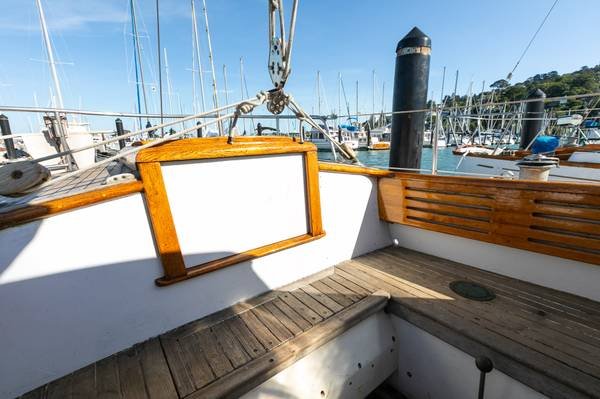 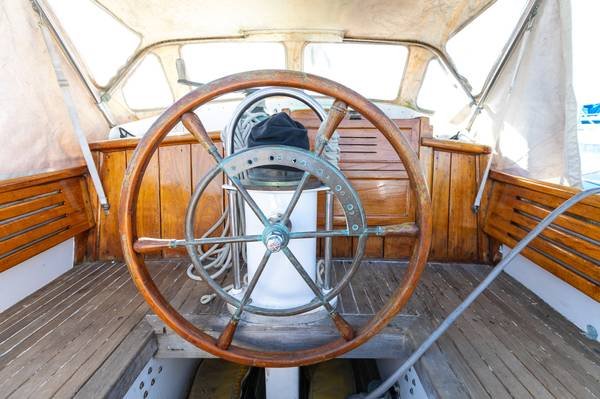 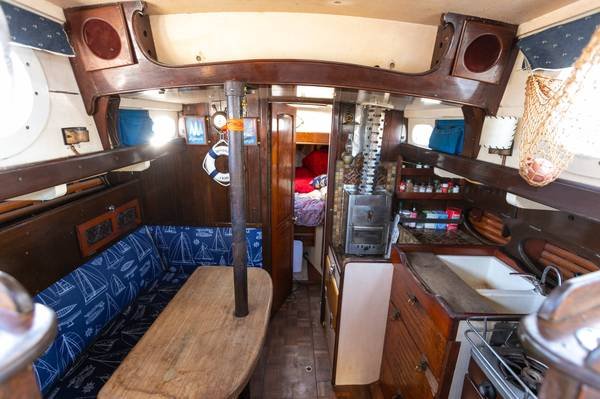 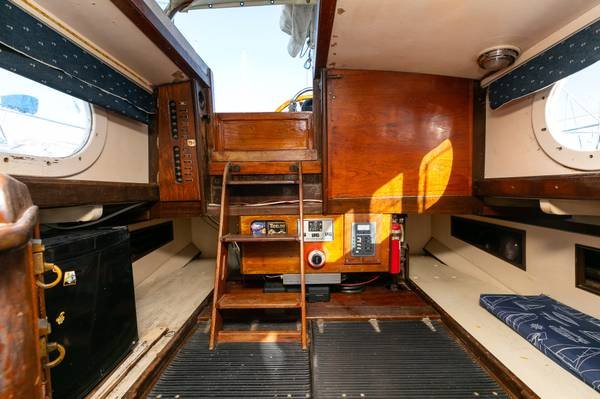 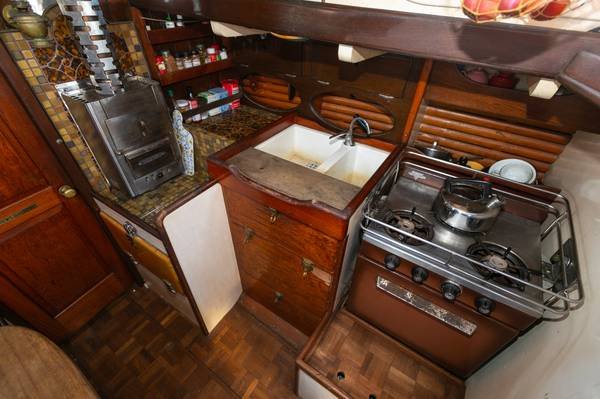 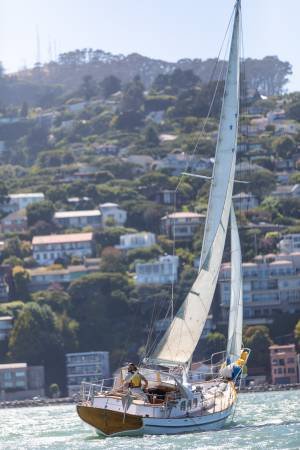 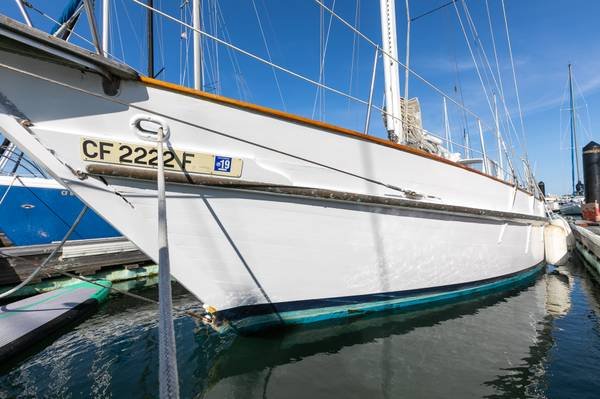 “Bridget” is a William Garden design, modified and built in Sausalito by a local shipwright, Barry Pearson. She is a full keeled custom carvel planked vessel with a keel hung spade rudder. Bridget has been through an extensive refit over the past 2 years by the current owners, including: a haul-out in October 2017. The haul-out included repairing and replacing 7 worm damaged planks. Topsides received 3 coats of primer and 2 coats of enamel. Bottom was painted with Trinidad anti-fouling, and the transom received 6 coats of varnish. The engine has been serviced and maintained including a flush of all the raw water side of the cooling system and both water pumps replaced, oil and filters (oil and fuel) replaced in 2019. The decks were re-seamed in2017. The canvas dressing on the cabin house was renewed in a couple places and the decks and house are now tight as well. The whole cabin house was painted in 2019 with 2 coats of primer 2 coats of enamel and nonskid. All the windows have been replaced and rebedded in March 2019. The exterior bright work was stripped to bare wood and re-coated in 2017 and has been maintained since.