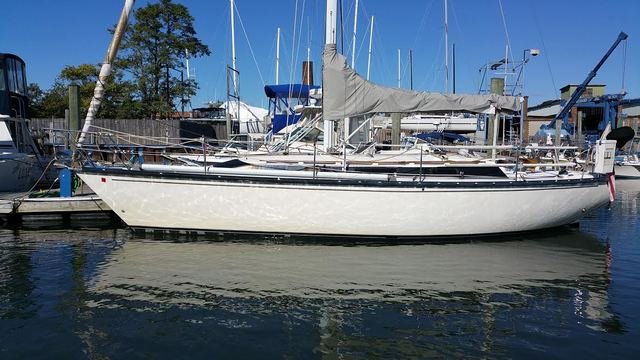 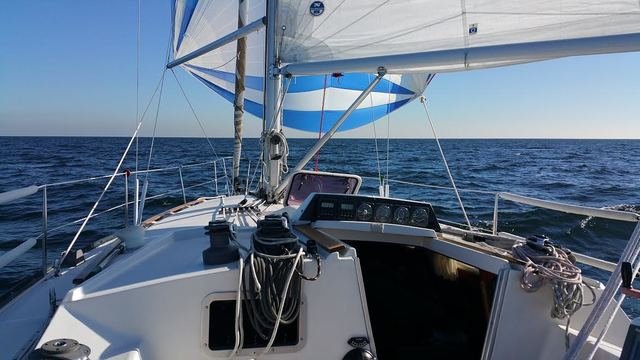 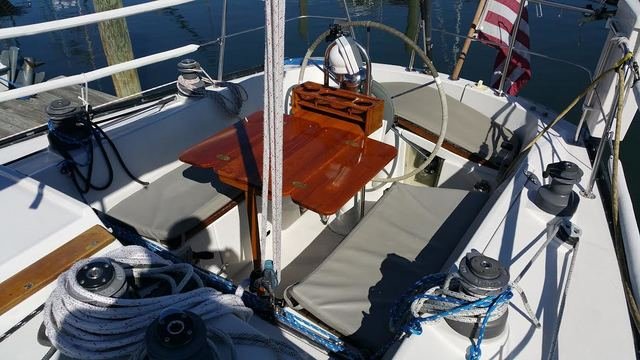 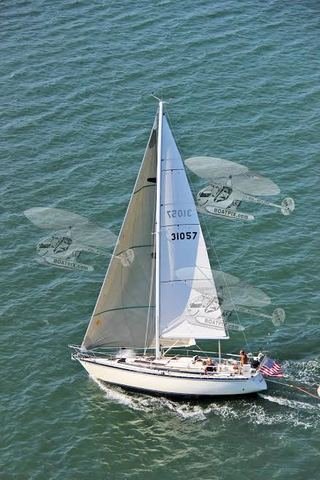 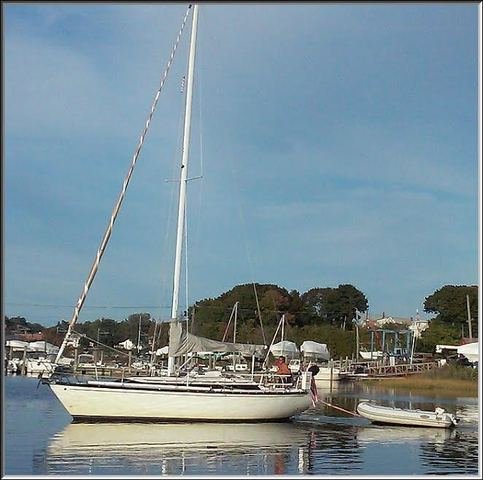 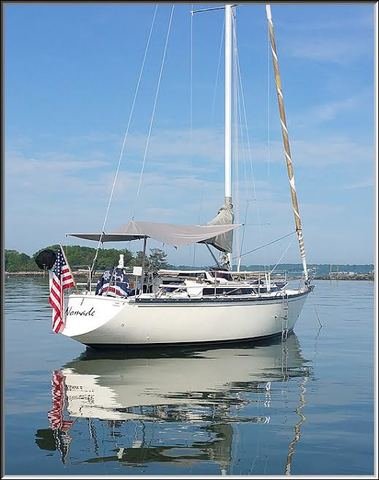 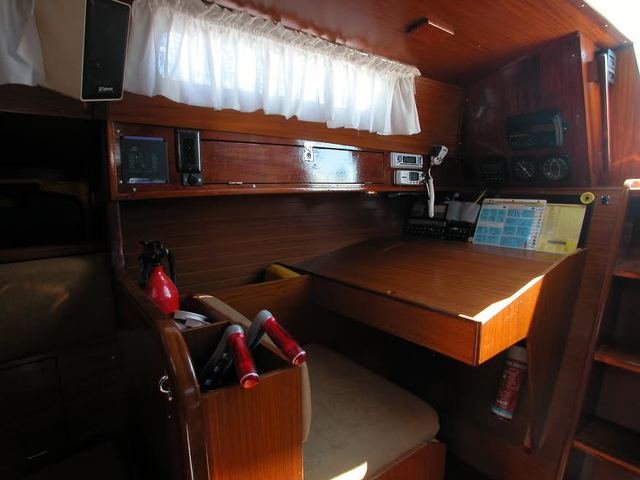 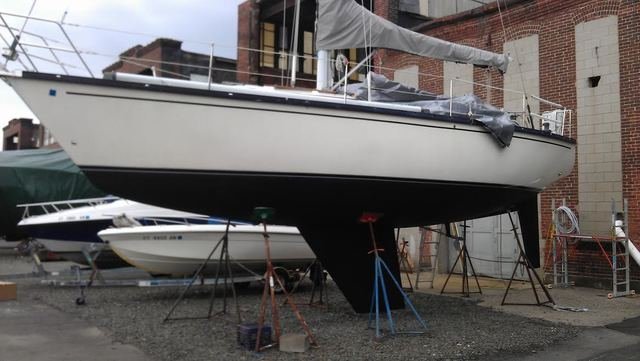 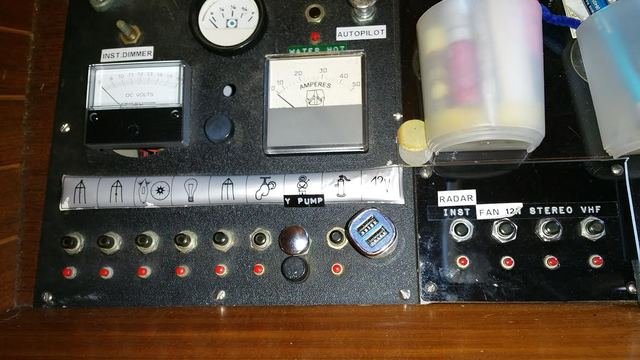 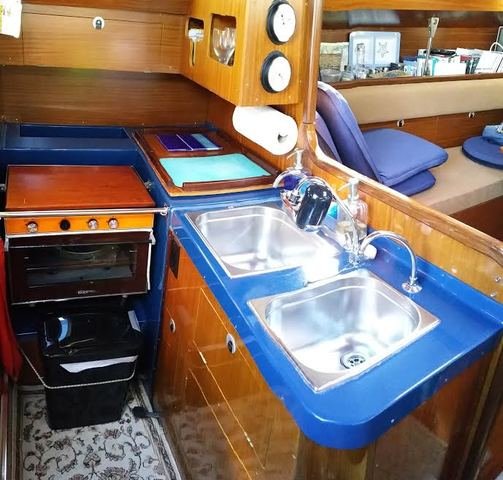 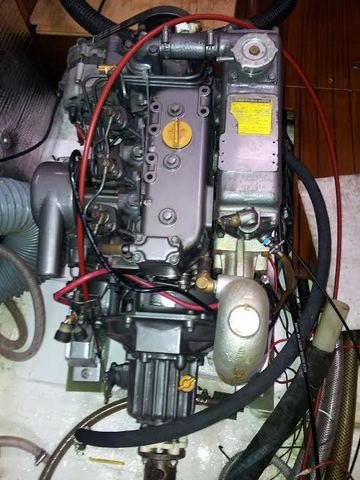 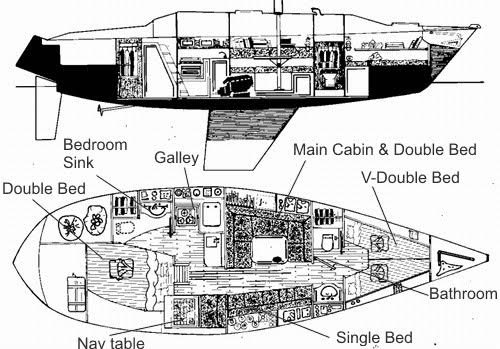 Please call Eric at 203-512-7751. Boat is in Branford, Connecticut. 1981 Dufour 4800, This Dufour performance cruiser was built in 1981 at a time when boats were built to last while still being fast and comfortable.
This particular boat was specially ordered and delivered for Bruno Bich, BIC corporation owner of the Dufour boats at the time. Many features were added such as a fin keel, rudder, and mast for added performance along with top of the line rigging. Since 1981, many improvements and replacements were made to the boat to give it a mint condition rating. It is a perfect boat for cruises with a family of 4-6 with an interest in competing in local races or simply wanting a fast, reliable and comfortable ride. What makes this boat unique is the warm and cozy atmosphere of the
interior, too expensive to reproduce today, the large numbers of berths 7 and the extensive TLC/upgrades given to this boat over the years. A survey, performed in
April 2015, and a full equipment list with extensive pictures are available upon request. Dufour 4800 1981 Hull 41 Designer Johan Valentijn TECHNICAL DATA Length
3410 Beam 94 Draft 65 Engine Yanmar 3GM30F 30HP, year 2000 approx 2000 hours Diesel tank 25 gallons Water tank 80 gallons Weight 14,000 lbs INFORMATION ON
CONDITION This boat is reported to be in fantastic condition with many upgrades over the last few year. The Yanmar fresh water cooled engine purchased used in 2014 and is in excellent condition. Many other engine improvements followed including a
Martec two blade folding prop and new shaft, new rod rigging and lifelines in 2016.
Norcold ice box was a 2012 addition. LED Lights are added additions.